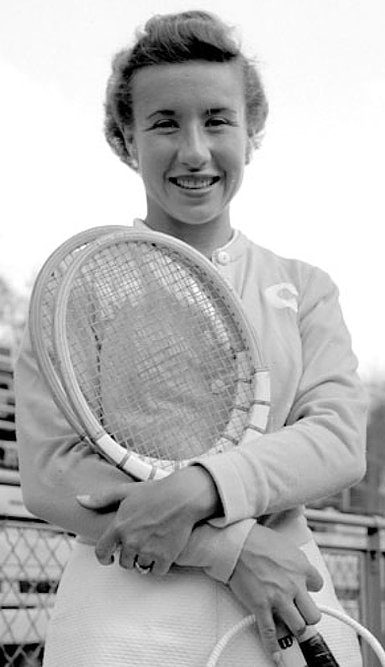 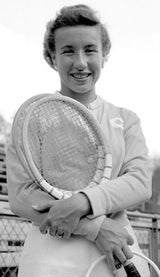 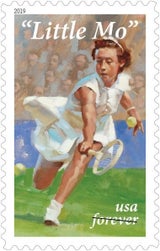 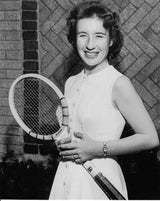 Maureen Connolly, nicknamed “Little Mo” after the battleship USS Missouri, was the winner of nine Grand Slam singles titles. The first woman ever to win tennis’ coveted calendar Gland Slam, Maureen started her legendary career in San Diego, California as a 10 year-old in 1944. In 1948, the 14 year-old became the youngest Southern California 18 year-old Division Champion. In 1950 at age 16, she was ranked the number one junior girl by the United States Lawn Tennis Association (now USTA).

In 1951, before the age of 17, Maureen became the youngest player to win the prestigious U.S. National Championships (now the U.S. Open). She defended her U.S. title and also won Wimbledon in 1952. In 1953, she won 14 titles, including all four of the majors in one calendar year to complete the elusive Grand Slam (Australian, French, Wimbledon and U.S. Open), the first woman and the only American woman to date to accomplish that feat.

In 1954, Maureen won both Wimbledon and the French Open. She also captured the Wightman Cup for four straight years (1951-1953). Maureen was ranked number one in the world in 1952, 1953 and 1954. After winning her third straight Wimbledon title, she suffered a career-ending injury from a horseback riding accident in July 1954.

In 1955, Maureen married 1952 Olympic equestrian team member, Norman Brinker, who shared her love of horses. After settling in Dallas with their two daughters, she remained involved in tennis as a magazine and newspaper columnist and participated in tennis clinics and exhibitions. Maureen and Nancy Jeffett founded the Maureen Connolly Brinker Tennis Foundation to promote junior tennis. It is one of the largest and most respected junior tennis foundations worldwide today.