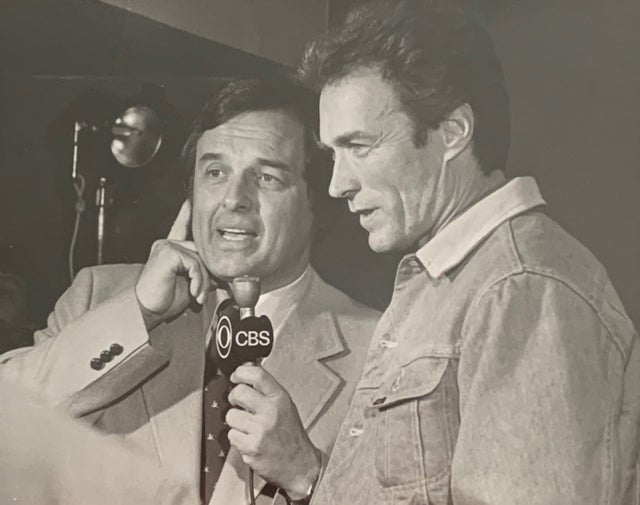 Frank Glieber spent his entire career in the Dallas area working in both television and radio. He began as an announcer for the Highland Park High School football team and the Dallas Eagles, a minor-league baseball team, and eventually became the sports director for KRLD radio, where he did the play-by-play announcing for Southwest Conference basketball games. He worked for local news shows and served as the telecast announcer for the Texas Rangers. In 1960 he was the original radio color commentator for the Dallas Cowboys and became the voice associated with the team. He also hosted four weekly television shows that dealt with either the Cowboys or the National Football League. He worked his way up by 1963 to a position with CBS, where he worked for twenty-two years. As a CBS commentator, he covered the seventeenth hole of the Masters' Golf Tournament for eighteen years, as well as National Basketball Association games, professional tennis, and NFL football. While with the network, Glieber, with no prior experience announcing these sports, covered professional tennis, bowling, and golf. He would accept assignments for sports he had never covered because he thought there was always enough time to prepare adequately. Before announcing his first tennis match he had to consult colleagues on the system of scoring. Glieber was well respected by his colleagues, who admired his versatility and detachment. He was named the Texas Sportscaster of the Year seven times. Glieber was inducted into the Texas Sports Hall of Fame in 2020.