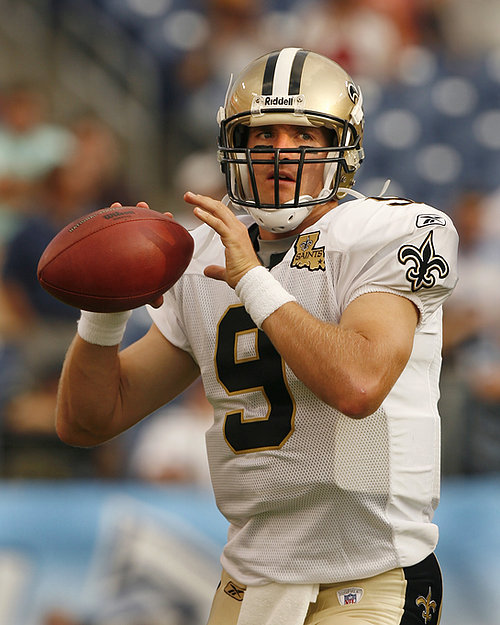 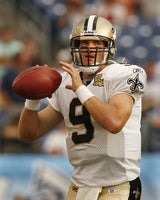 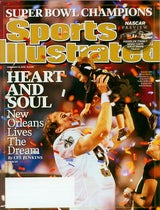 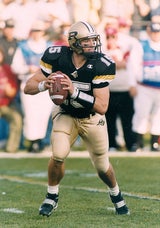 Drew Brees - Drew Brees, a native of Austin, Texas, was an all-state quarterback with 3,528 yards leading Westlake to the 5A Division II 1996 state title his senior year with a perfect 16-0 record. Brees is the Purdue career leader in every major passing category, including passing attempts (1,678), passing completions (1,026), passing yards (11,792), passing touchdowns (90) and total offense (12,692). His college years were successful both on and off the football field, and in his senior year, he was named the Academic All-American of the Year, Big Ten Offensive Player of the Year and the Maxwell Award winner. Brees spent five seasons with the San Diego Chargers before signing as a free agent with the New Orleans Saints in 2006. He was named MVP of Super Bowl after leading the team to its first NFL title in 2009. Brees has an NFL record 77,416 career passing yards with 547 touchdowns, another NFL record. In 2011 he was the NFL's all-time single season leader with 5,476 passing yards until 2013 when Peyton Manning broke the record with 5,477 passing yards. In total, he has led the NFL in passing yards in 7 seasons, more than any other NFL quarterback. On Oct. 7, 2012, Brees made history by breaking Johnny Unitas' record (47) for consecutive games with a touchdown pass (54). He holds the NFL record for career pass completions (6,687) and career pass completion percentage (67.6), and has been selected for 13 Pro Bowls. He was inducted into the Texas Sports Hall of Fame in 2012.