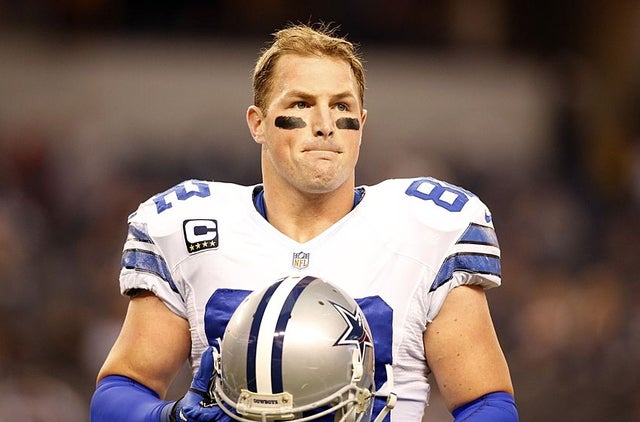 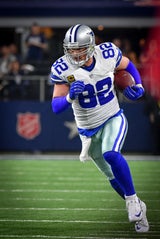 Jason Witten, put together a resume over the years that no other Dallas Cowboys tight end can compare. Growing up in Elizabethton, Tennessee, he earned football accolades including USA Today Player of the Year for Tennessee, All-American, and runner-up for the Mr. Football award. He played his collegiate career at the University of Tennessee for Coach Phillip Fulmer. As a Volunteer, Witten earned Academic All-SEC by leading the conference’s tight ends in receiving and reception yards and was All-SEC.

In 2003, Witten was selected in the 3rd round in the NFL Draft to the Dallas Cowboys. He became a close teammate and friend for fellow rookie Tony Romo and his first season was named NFL All-Rookie. At 6’6”, 263 lbs., Witten set a standard of excellence at that position which may never be matched. He caught 1,152 passes for 12,448 yards and 68 touchdowns. At the time of his retirement Witten ranked fourth on the NFL’s all-time reception list and second among tight ends behind only Tony Gonzalez. He also ranks 21st on the NFL’s all-time reception yardage list. Witten holds several NFL records, including most receptions in a single season by a tight end (110 in 2012) and most catches in a game by a tight end (18 in 2012). He also holds Dallas Cowboys franchise records for receiving yards (12,448), most receptions in a single game (18), most consecutive games started (229), most consecutive seasons with a reception touchdown scoring (15), and most games played in Dallas Cowboys history (239). Witten is tied with Dallas Cowboys great Bob Lilly for the franchise record in Pro Bowl selections with 11. He was also named All-Pro twice in 2007 and 2010. As one of the toughest Cowboys, Witten only missed 1 game during his 239 game NFL career from 2003-2017 when he suffered a broken jaw.

Witten and his wife Michelle created and are also heavily involved in the Jason Witten’s Score Foundation which seeks to prevent domestic violence. He was named the Walter Payton NFL Man of the Year in 2012. In 2017, he also started the Jason Witten Collegiate Man of the Year Award which is presented to a Division I college football player who has demonstrated a record of leadership by exhibiting exceptional courage, integrity, and sportsmanship both on and off the field. Witten currently serves as an analyst for ESPN's Monday Night Football. He was inducted into the Texas Sports Hall of Fame in 2019.