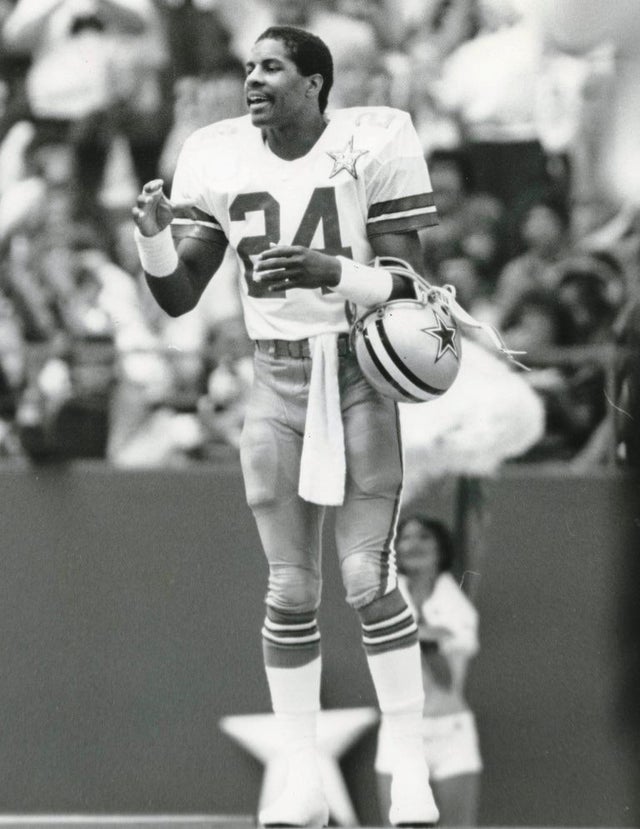 Richardson native, Everson Walls began his illustrious career as a standout at Berkner High School where he soon caught the attention of Grambling State and its legendary coach Eddie Robinson. Walls, who played numerous positions at Grambling, was selected to the Kodak 1AA All-American team, the Black College All-American team and as a senior, led the nation in interceptions. An undrafted free-agent, the 6'1", 190lb Walls quickly found a home at defensive back with the Dallas Cowboys. He led the NFL in interceptions a record three times with Dallas, including club-record 11 as rookie in 1981. Walls, a four-time Pro Bowl (1981, 1982, 1983 & 1985) and three-time All-Pro selection, led the Cowboys in interceptions 5 times, a club record. He is currently tied for 13th on NFL's career interception list with 57 (1981-1993). Walls won his only Super Bowl ring in 1991, when his touchdown-saving tackle on Thurman Thomas helped the New York Giants hold off the Buffalo Bills, 20-19. He also was the Giants team leader in interceptions during the 1990 and 1991 seasons. He is a member of the Dallas Cowboys 25th Anniversary Team and was named the Cowboys' Man of the Year in 1987. Walls was also named to the All-Time Cowboys Team, the NFL's All Decade Team for the 1980s, and was elected to the Louisiana Sports Hall of Fame in 1998. A Gift for Ron: Friendship and Sacrifice On and Off the Gridiron was written in 2009 and chronicles the story of Walls' kidney donation to former Dallas Cowboy teammate Ron Springs. He was inducted into the Texas Sports Hall of Fame in 2015.