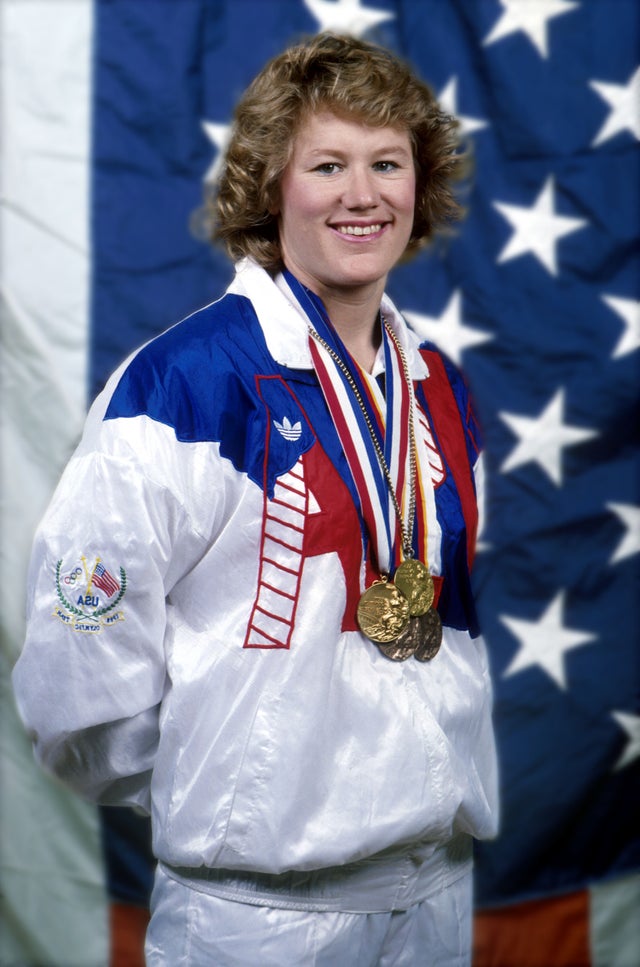 Jill Sterkel is one of the most decorated swimmers of her generation. The California native qualified for her first Olympics at the age of 15. Sterkel was a member of the United States’ gold-medal winning 4x100m freestyle relay team that stunned the heavily favored East Germans at the 1976 Montreal Olympics.

Recruited to the University of Texas, Sterkel and the Texas Longhorns grew into a dominant force in the pool. She won 16 individual national titles and led Texas to AIAW national team titles in 1981 and 1982. Sterkel won two Broderick Awards as National Swimmer of the Year (1979-80, 1980-81) and was selected as National Female Athlete of the Year in 1981. She earned the maximum of 28 All-American awards in her appearances at the 1980, 1981 and 1982 AIAW National Championships and the 1983 NCAA Championships.

Sterkel was a member of the 1980 U.S. Olympic Team, which boycotted the Moscow Olympics. She returned to her native southern California for the 1984 Los Angeles Olympics and lifted Team USA to gold once again in the 4x100 free relay. In 1988, she became the first woman in history to make four Olympic swimming teams, qualifying at the 1988 Olympics Trials contested at UT’s Lee and Joe Jamail Texas Swimming Center. Sterkel won bronze in the 50m freestyle and the 4x100 free relay at the Seoul Olympics. Sterkel served as U.S. team captain in 1980, 1984 and 1988.

Sterkel went on to serve as the head women's swimming and diving coach at Texas from 1993-2006, which included 12 top-10 NCAA Championships finishes and 11 conference titles.