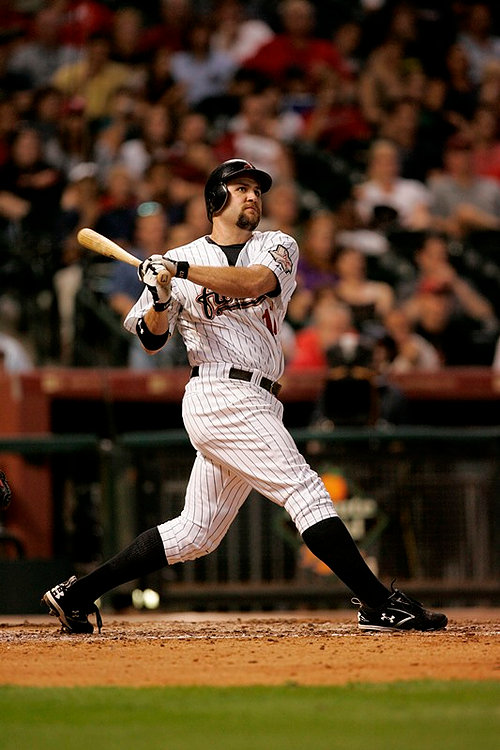 LANCE BERKMAN. Waco native and New Braunfels Canyon graduate Lance Berkman has spent the majority of his entire baseball career within the state of Texas. At Rice University from 1995-1997, under fellow Texas Sports Hall of Fame member Coach Wayne Graham, Berkman earned All-America honors as an outfielder. Berkman's career numbers at Rice: a .385 batting average, 67 home runs and 272 RBI. In 1997, he was named the National College Player of the Year by the National Collegiate Baseball Writers Association. That season he hit 41 homers (third-most in the country) and his 134 RBI was the second-highest single-season total in NCAA history. The 6 foot, 1 inch, 220-pound Berkman was a first-round pick (16th overall) of the Houston Astros in the 1997 MLB draft. The Big Puma quickly adjusted to life in the majors, joining Mickey Mantle as only the second switch-hitter in Major League history to hit 40 or more homers in multiple seasons. During his 12th season with the Astros, the six-time All-star was traded to the New York Yankees on July 31, 2010. The following year, he joined the Saint Louis Cardinals as a free agent and was named the National Leagues Comeback Player of the Year after hitting .301 with 31 home runs in 2011, helping the Cardinals win the World Series in seven games against the Texas Rangers. Berkman entered the 2012 season with impressive career numbers of 1,822 hits, 358 home runs, 1,193 RBI and a .296 batting average. Berkman, who has finished as high as third in the National League MVP voting twice in his career (2002, 2006) is a member of the TSHOF Class of 2009.