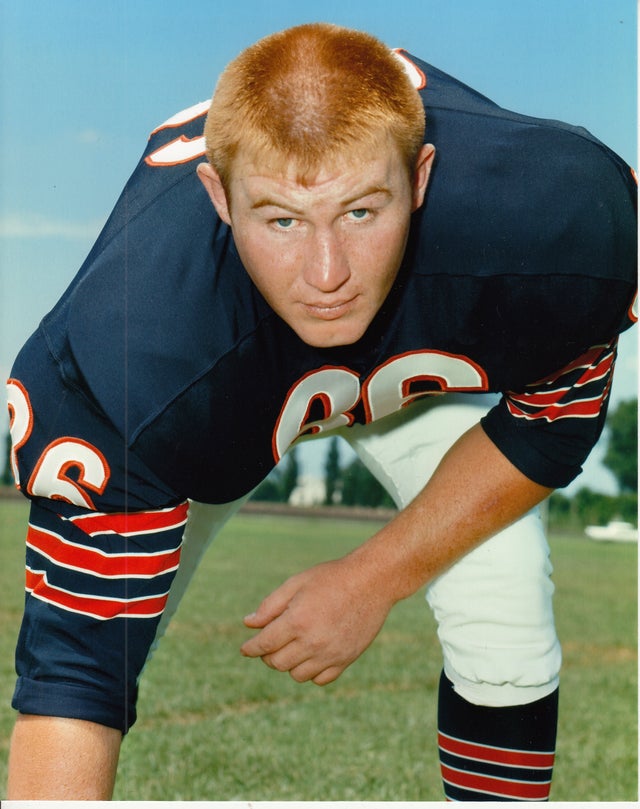 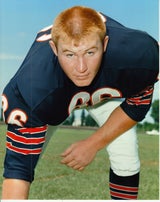 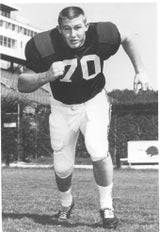 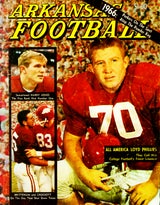 Loyd Phillips, is one of the toughest University of Arkansas football defensive players to put on the Razorback uniform. The Longview, Texas native, was twice named all-district at guard, nose guard, and linebacker for the Longview Lobos. Phillips made the All-State team in 1962 as a senior then signed with Arkansas where he had an incredible career.

As Razorback, Phillips was a three-time All-SWC defensive tackle (1964-1966), a consensus All-American in 1965, and a unanimous All-American selection in 1966. He was a member of the Razorbacks’ 1964 national championship team. Phillips won the Outland Trophy as the nation's top interior lineman in 1966. Arkansas had a 29-3 record during the time that Phillips anchored the defense. Phillips was selected to the SWC All-Decade team for the 1960s by Dave Campbell’s Texas Football Magazine. In 2001, Phillips was inducted into the Cotton Bowl Hall of Fame for his performances at the 1965 and 1966 Cotton Bowl. As an intense competitor, he made a total of 26 tackles (9 in 1965 and 17 in 1966). The Hogs won the Cotton Bowl in 1965.

Phillips turned professional when he was selected in the first round of the 1967 NFL Draft by the Chicago Bears. He played for the Bears from 1967-1969. During his second season, he made 9.5 sacks and 2 interception (one against the San Francisco 49ers and the other the New Orleans Saints). Phillips only injury free season was 1968. His time in the NFL was shortened by a vascular defect condition called chronic thrombosis phlebitis which caused blood clots after a calf injury. Phillips was traded to New Orleans in 1970 and took medical retirement.