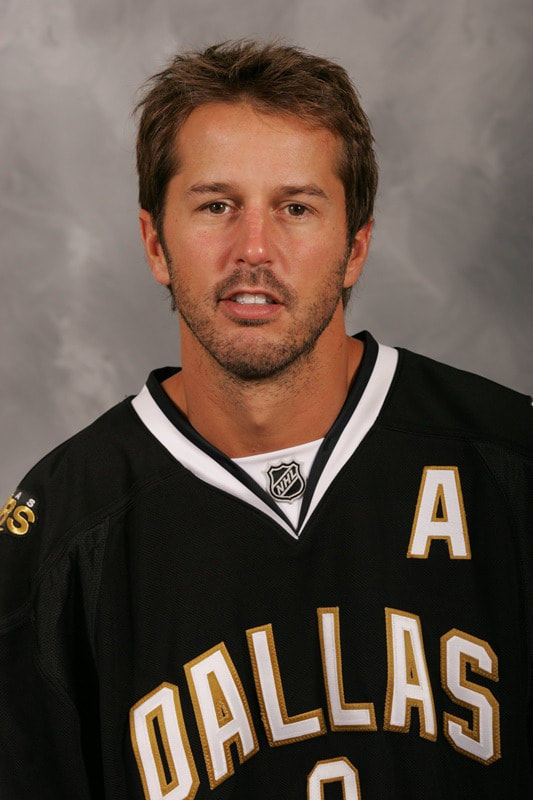 The top overall pick of the 1988 NHL Draft by the Minnesota North Stars, Mike Modano spent all but one of his 21 professional seasons with the Dallas Stars franchise (1989-2010). He led the Dallas Stars to the pinnacle of the NHL with a win over the Buffalo Sabres in the 1999 Stanley Cup Finals. Modano, a Livonia, Mich., native, is a six-time NHL All-Star who was also a member of three United States Olympic Teams. The 6-foot, 3-inch center is the Stars' all-time leader in goals (557), points (1,359), assists (802) and game-winning goals (91) and was named NHL All-Star Game team captain in 2003. Modano is the most decorated United States hockey player in history. On March 17, 2007 Modano scored his 503rd career goal versus the Nashville Predators, breaking Joe Mullen's record for most goals scored by an American player. On November 7, 2007 Modano reached another milestone when he scored two goals against the San Jose Sharks to break Phil Housley's record of 1,232 points by an American player. Modano played the 2010-11 season with the Detroit Red Wings, then signed an honorary one-day contract with the Dallas Stars, allowing him to retire as a member of his longtime team. He is actively involved in the Mike Modano Foundation, which helps victims of child abuse. Modano was inducted into the Texas Sports Hall of Fame as part of the class of 2007.