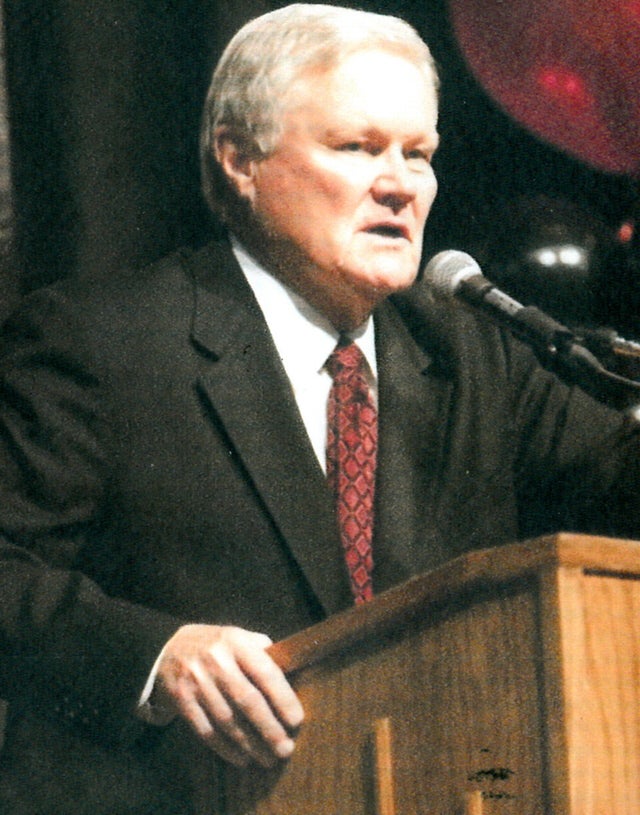 Gerald Myers has been associated with Texas Tech University over the past sixty years as a player, coach and administrator. Gerald grew up in Borger, Texas and was named to the All-State team in 1955. Myers began his Red Raider career as a player the same year. Myers was Tech’s first All-Southwest Conference performer in any sport and was a first team UPI All-American for players under six feet tall. His 1957-58 free throw percentage of 86.9% still stands as second best on Tech’s all-time career charts. He earned his undergraduate and master’s degrees from Tech.

Myers began his coaching career at Lubbock Monterey High School in 1959 where his teams posted a record of 150-48 and twice advanced to the state tournament. In 1967 he moved to Houston Baptist University as head coach. He returned to Tech as an assistant in 1970 and assumed the head job midway through that season. Over the next twenty years he was named SWC Coach of the Year five times and his teams won two SWC Championships and three SWC Tournament Championships.

He moved into administration in 1991 and was named Athletics Director in 1996 in the midst of NCAA investigation and sanctions. Under Myers’ watch, the Texas Tech Athletics Department’s operating budget grew from $9 million to $60 million. During his tenure he oversaw more than $250 million in new facilities and renovations as the largest upgrade of athletic facilities in school history.