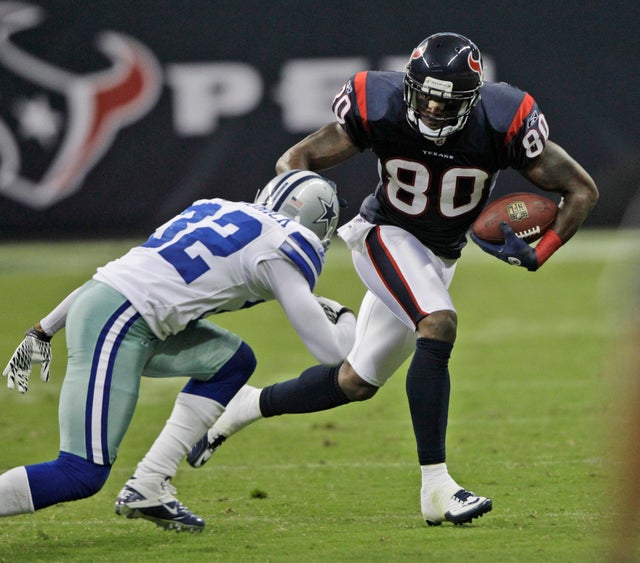 Andre Johnson played an exceptional 14 year NFL career as a wide receiver but will always call the Houston Texans his home. The Miami, Florida native went to Miami Senior High School. While there, he was named All-American and was a top prospects in the country. Johnson signed with his hometown team of the University of Miami. As a Hurricane, from 2000-2002, he was a BCS National Champion (2001) and completed his collegiate career catching 92 passes for 1,831 yards and 20 touchdowns (which ranks him fifth on Miami’s all-time list). Johnson was named co-MVP at the 2002 Rose Bowl against Nebraska whom they defeated. Also at Miami, Johnson competed on the track and field team where he won in 2002 the 60 meter dash at the Big East Indoor Championship and the 100 meter dash at the Big East Outdoor Championship.