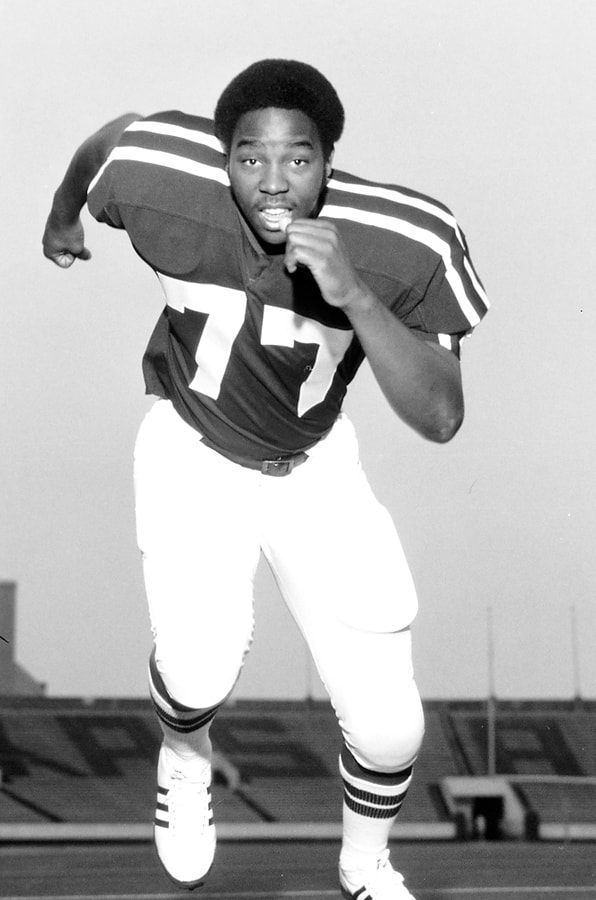 One of the greatest defensive ends in the history of Texas football, Jacob Green began his standout career at Kashmere High School in Houston. Recruited by then head coach Emory Bellard, Green signed with the Texas A&M Aggies where he became a three year starter.

Over his three seasons as an Aggie, Green helped lead Texas A&M to multiple top-ten rankings while also defeating three top-ten teams, including #6 Texas in his final collegiate game. His personal achievements were even more impressive. Green would finish his collegiate career with 37 sacks and 12 forced fumbles while being named All-SWC and All-American twice.

After declaring for the 1980 NFL Draft, Green was selected 10th overall by the Seattle Seahawks where he would earn two Pro Bowl nominations and be selected as an All-Pro player twice. As a Seahawk, Green would record three career interceptions (two returned for TDs) and an astounding 116 career sacks – good enough for third best in NFL history at the time behind just Reggie White and Lawrence Taylor.

Today, Green continues to be committed to Texas A&M as he is Vice President of Major Gifts and Endowments for the 12th Man Foundation.

He was inducted into the Texas Sports Hall of Fame in 2016.